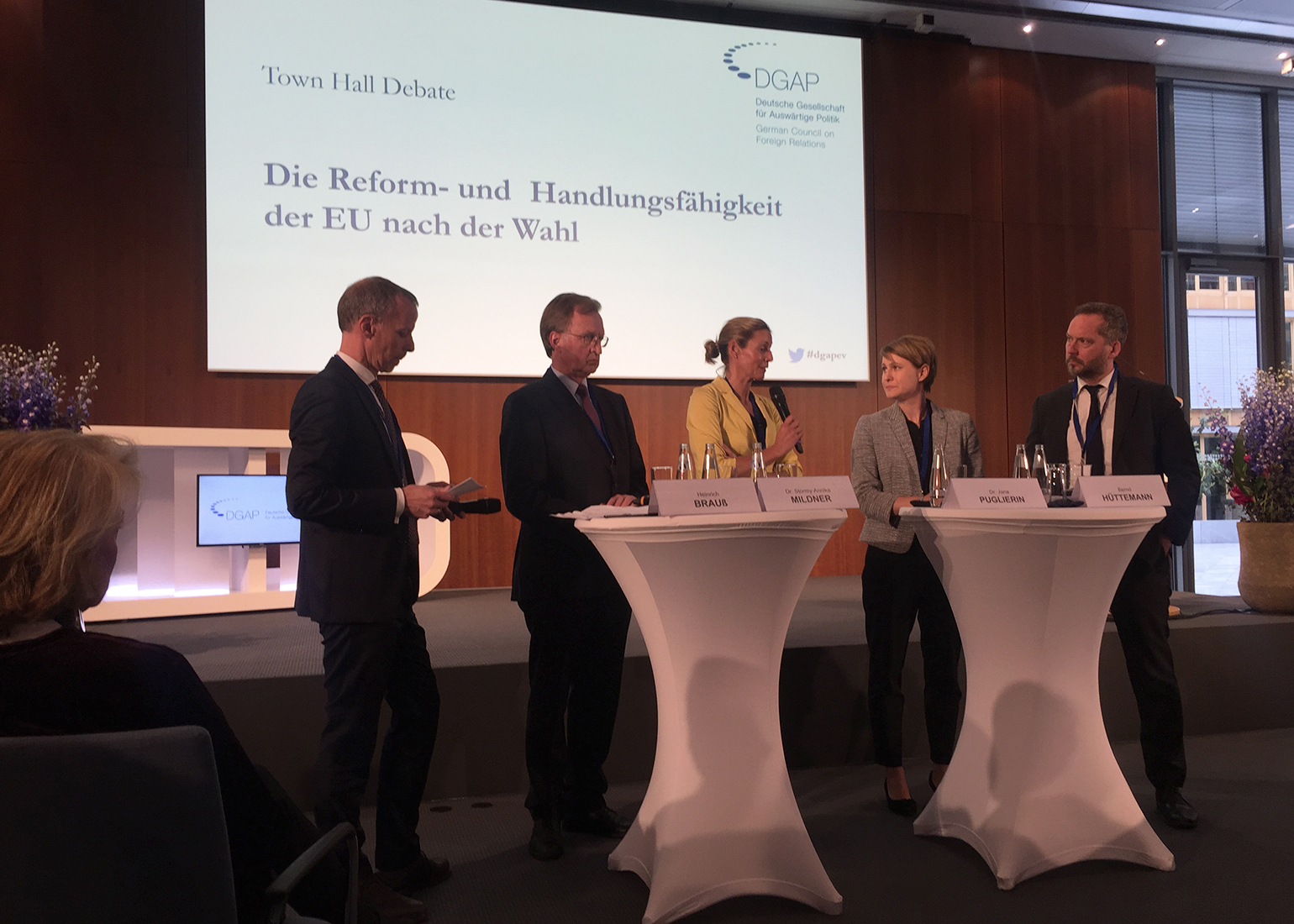 On 27 May 2019 a symposium on European Domestic and Foreign Policy after the European Parliament Elections was held in Berlin. The symposium, which was attended by the director of the Center for Political Analysis and Information Security, was organized by the German Council on Foreign Relations.
The audience was welcomed by Dr. Volker Stanzel - Vice President of the German Council on Foreign Relations (DGAP) and Dr. Daniela Schwarzer - Director of the German Council on Foreign Relations.
An impassioned speech by Günther Oettinger - European Commissioner for Budget and Human Resources opened the symposium. The topic was Elections to the European Parliament - a View from Brussels.
“If we have a plan to retain our value system for our children and grandchildren, if we want to maintain our sovereignty and stay independent from outside forces, if we want to remain economically competitive, including in the field of digitalization in which we as Europeans and Germans are still behind, we need a team. And I wish this team to be European. We need a stronger Europe in all respects”, Mr. Oettinger stated in his speech.
After Mr. Oettinger's speech, a panel discussion Germany and the European Union in the World of the Future followed which was attended by:
The participants spoke about the importance of creating a unified European army, the need of strengthening the role of Germany in the world political arena and necessity to pay more attention to the foreign policy agenda.
At the end of the symposium, the Town Hall Debates were held on the topic EU Ability to Reforms and Action, during which the audience could ask questions of the participants and engage in polemics with them.
The debates involved:
As a moderator, Martin Bialecki - editor in chief Berlin Policy Journal of the DGAP.