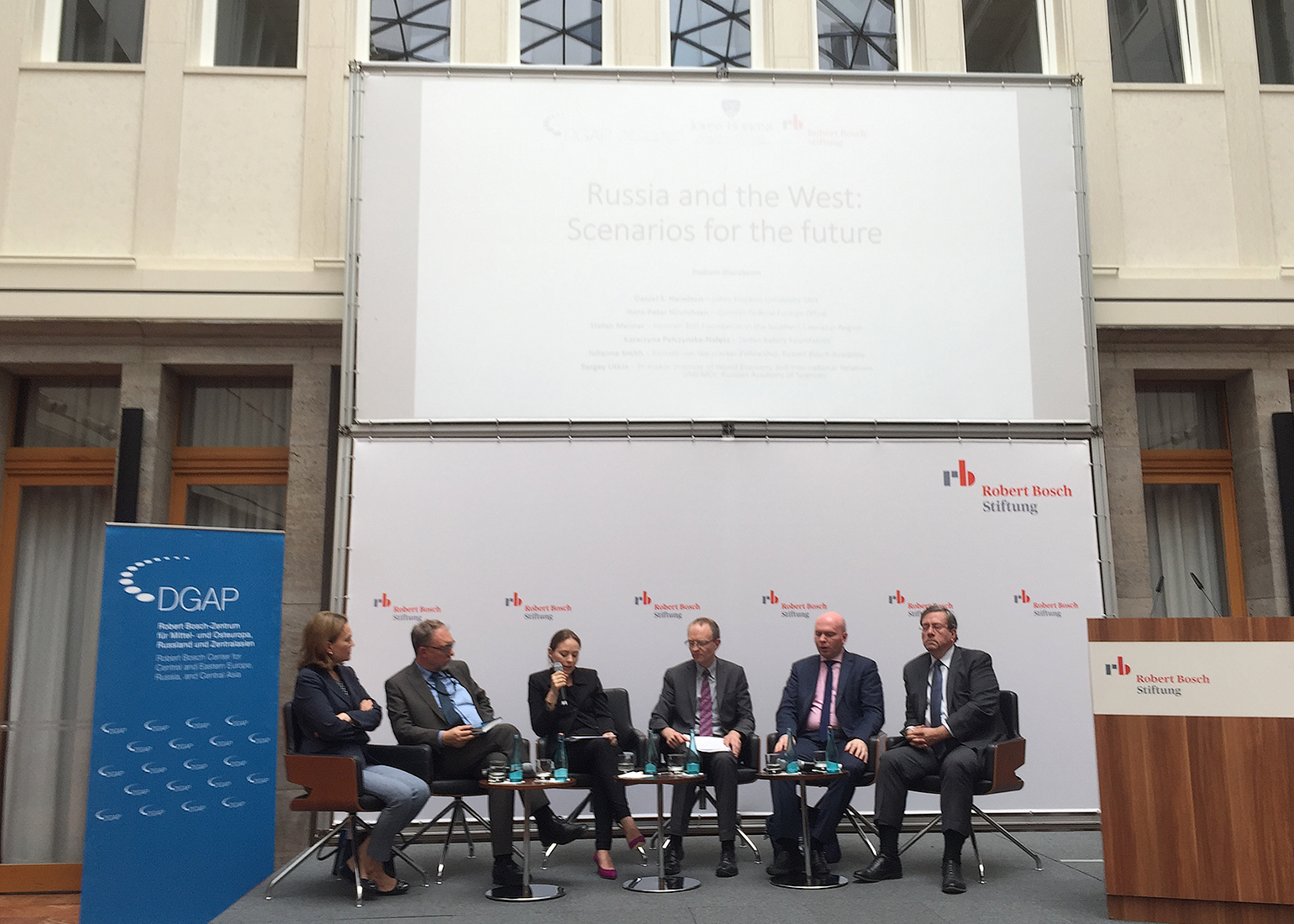 On 28 May 2019 an interactive panel discussion Russia and the West: Scenarios for the future was held at the Berlin office of The Robert Bosch Foundation to explore Russian-European-American dynamics in a time of multiple crises.
The organizers of the events were:
The start of the conflict in Eastern Ukraine has also marked the beginning of a new escalation phase in the relationship between Russia and the West. The growing division in transatlantic relations has raised further questions about a common Western approach towards Russia and Eastern Europe. And while the Trump administration is challenging the multilateral order and Congress is implementing unilateral sanctions against Russia, the EU is divided on Nord Stream 2 and lacks a common strategy towards its Eastern neighborhood.
Over the course of four years, the project "A New Western Ostpolitik" has brought together more than 150 experts and decision-makers in Moscow, Kiev, Warsaw, Berlin, Brussels and Washington, DC. Together, they have created "scenarios for the future", exploring alternative visions for relations between Russia and the West. We will present these scenarios and discuss their probability and potential consequences with a panel of experts.
The discussion was attended by: