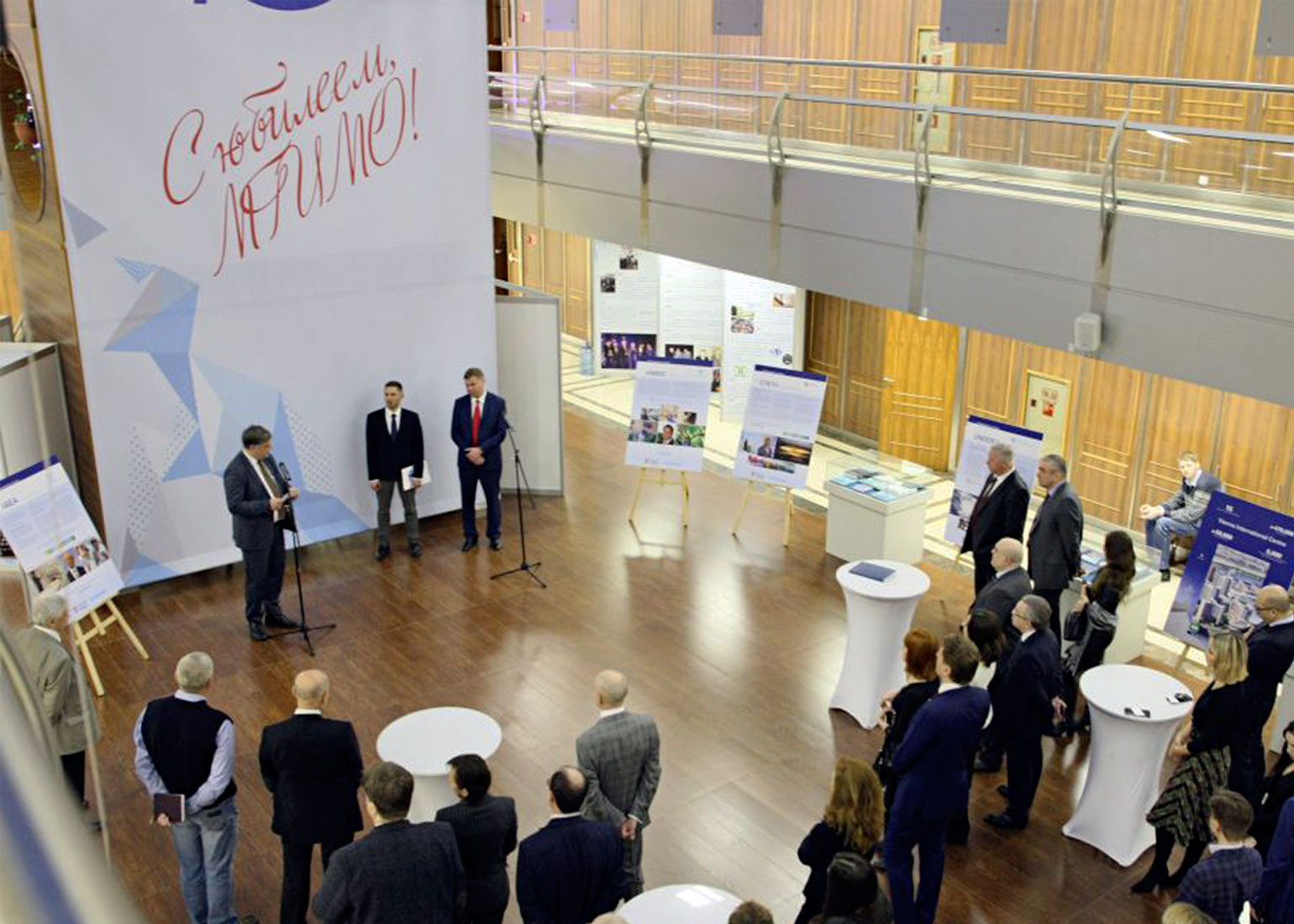 On 2 December 2019 the grand opening of the exhibition dedicated to the 40th anniversary of the United Nations Vienna International Center took place in the Atrium of the Moscow State Institute of International Relations.
Plenipotentiary Minister of the Austrian Embassy Dr. Robert Gerschner thanked those present for their interest in the exhibition. In his welcoming speech, he recalled that Vienna, along with New York, Geneva and Nairobi, is one of the 4 cities where the UN headquarters are located.
Today, at the the United Nations Vienna International Center (UNVIC), which celebrates its 40th anniversary, more than 5,000 employees from 125 countries are working to improve the lives of people around the world. UNO City, as the VIC is also called, accommodates numerous international organizations and is the venue for significant international meetings.
Deputy Chairman of the United Nations Association of Russia (UNA-Russia), Vice President of the World Federation of United Nations Associations, Alexey Borisov made the welcome speech. He said that UNA-Russia took a coordinating role in organizing various events dedicated to the celebration of the seventy-fifth anniversary of the United Nations in 2020.
As part of the celebration of the UN anniversary, the UN-75 Committee, together with the Austrian Embassy and with the support of MGIMO, holds a thematic exhibition on the activities of the UN, together with the story of the UNO City in Vienna, Austria.