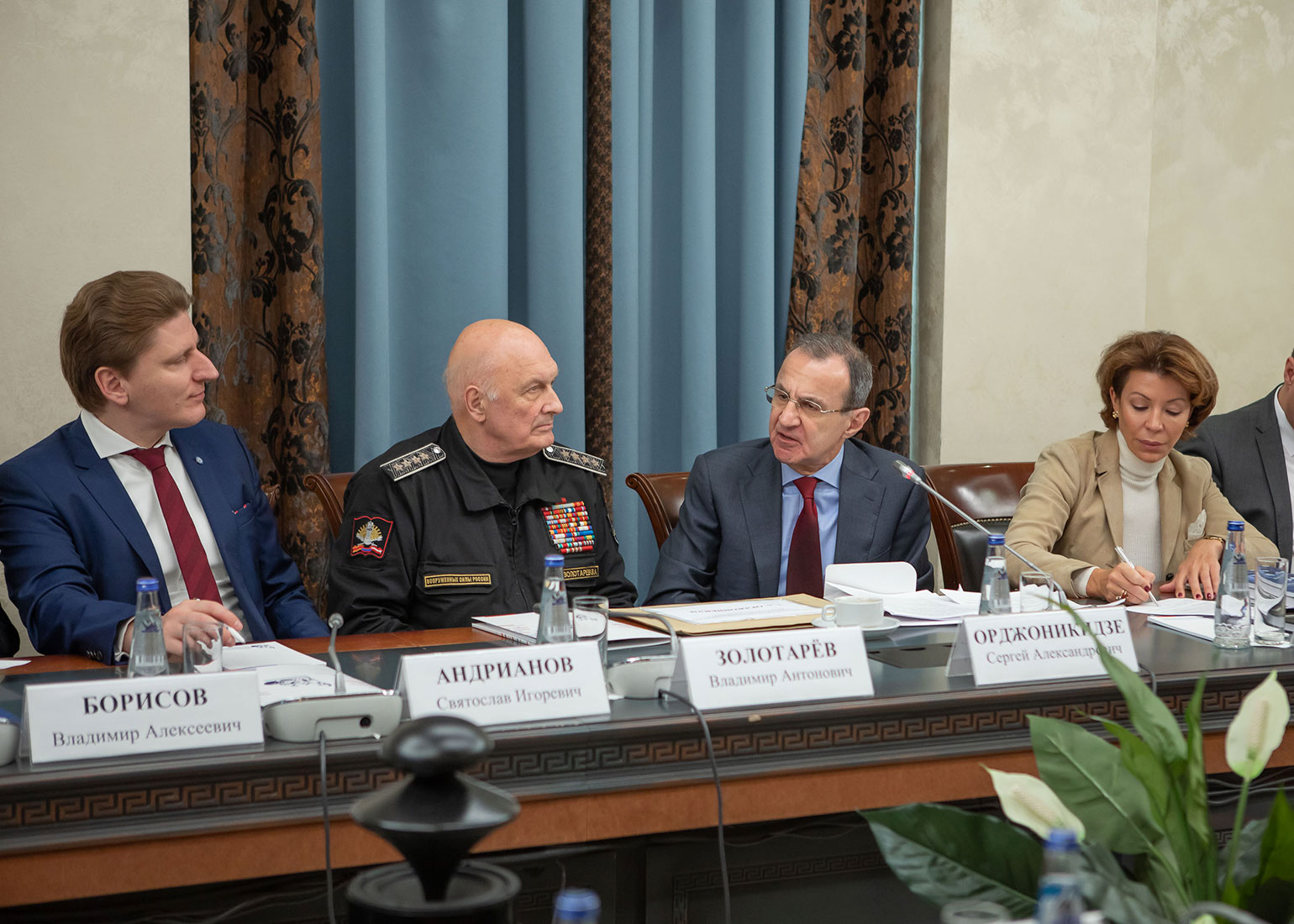 On 26 September 2019 a round table of the Russian Council on International Cooperation and Public Diplomacy on the theme World War II: Lessons and Conclusions was held at the Public Chamber of Russia. Director of the Center Svyatoslav Andrianov took part in the round table.
The meeting was chaired by Deputy Secretary of the Public Chamber of Russia Sergey  Ordzhonikidze, who addressed the participants with the following words:
“Russia should adhere to a balanced and pragmatic foreign policy. In conditions of the collective West’s activity in pursuing a policy of distorting history and replacing basic concepts, it is important to turn to the facts and remember how the world was drawn into this war.
From a political point of view, the Molotov-Ribbentrop Pact is demonized in vain, while such or similar agreements have already been signed by Germany with Poland, England, France, Denmark, Lithuania, Latvia and Estonia.From a military point of view, the pact also played its positive role: the Soviet Union won time for the reorganization and rearmament of the army before a clash with Germany, extended its border to 300-400 kilometers in the west of the country and from 18 to 150 kilometers from Leningrad. In addition, the battle of Khalkhin Gol was still going on at that time, and the Molotov-Ribbentrop Pact played a positive role in avoiding the war on two fronts. The Molotov-Ribbentrop Pact is truly a landmark event. It is a fine example of a balanced and pragmatic foreign policy that Russia should adhere to in the future,” summarized Ordzhonikidze.
Deputy Chairman of the Civic Chamber Commission of the Russian Federation for the Development of Public Diplomacy, Cultural  Cooperation and Maintenance of Traditional Values Veronika  Krasheninnikova noted that one of the main problems of the distortion of history is the disunity and lack of close ties between scientists, experts and journalists:
“Historians do an excellent job, but it spreads in a narrow community, and journalists don’t even know about it. Very often, what we read in the Russian media is not quite professionally done. Therefore, it is very important to popularize the work of historians,” said Krasheninnikova.