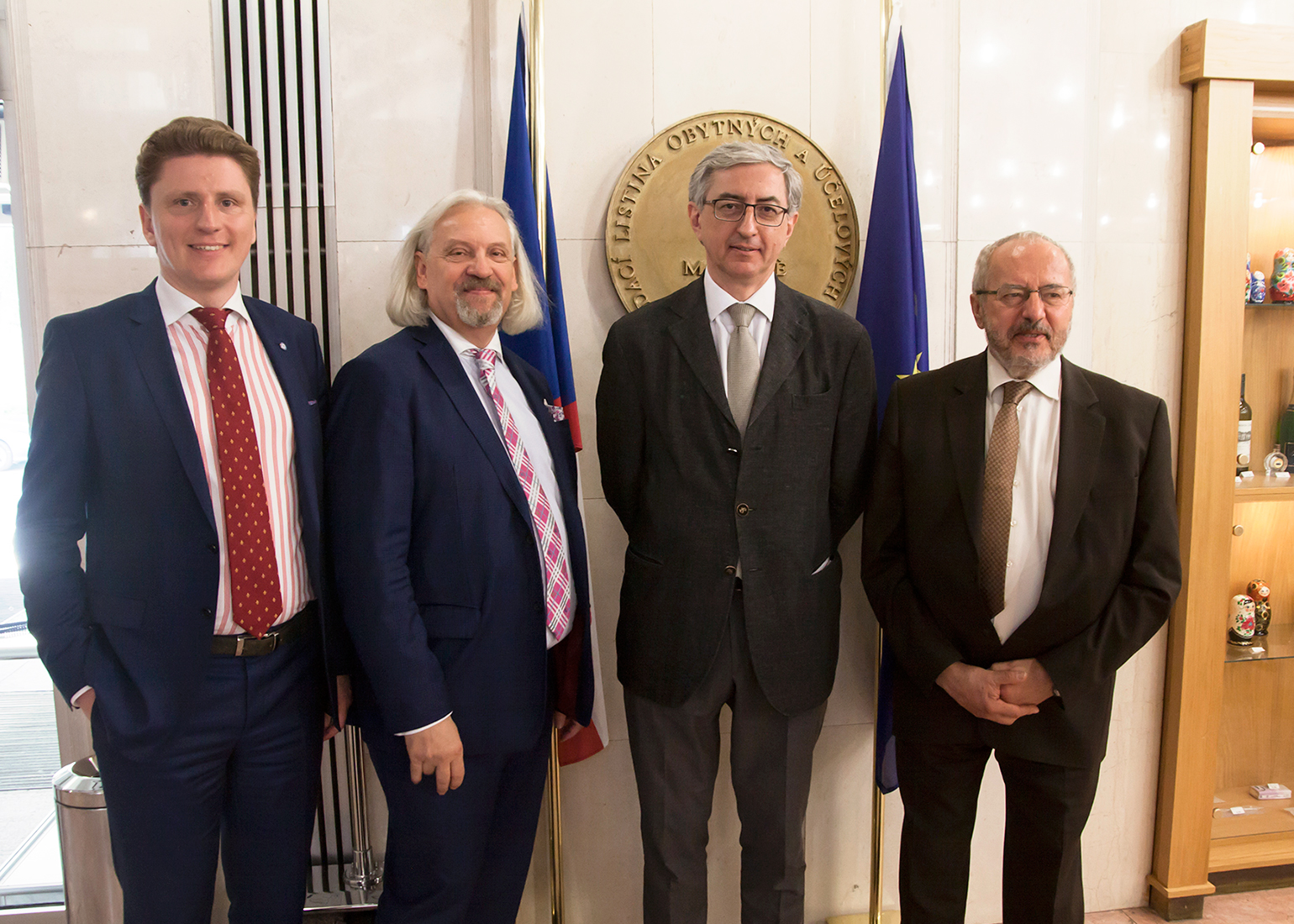 On 7 June 2019 at the Czech House in Moscow, with the assistance of the Center for Political Analysis and Information Security, a working meeting was held for the head of the Committee on Education, Science and Research of the Parliament of the Czech Republic, Professor Karel Rais, President of the Czech-Middle Asian Chamber of Commerce Jiri Nestaval and the leadership of public and private higher education Moscow institutions, including the National Research University “Higher School of Economics”, Russian Academy of National Economy and Public Administration at the President of the Russian Federation, Russian State University of Tourism and Service, and others.
Professor Rais presented to the audience the unique MBA programs of Czech universities. He spoke about the possibilities of studying the Czech language, Russian students participation in international exchange programs, the increased potential for international inter-university scientific cooperation within the framework of education and science support programs of the European Union.