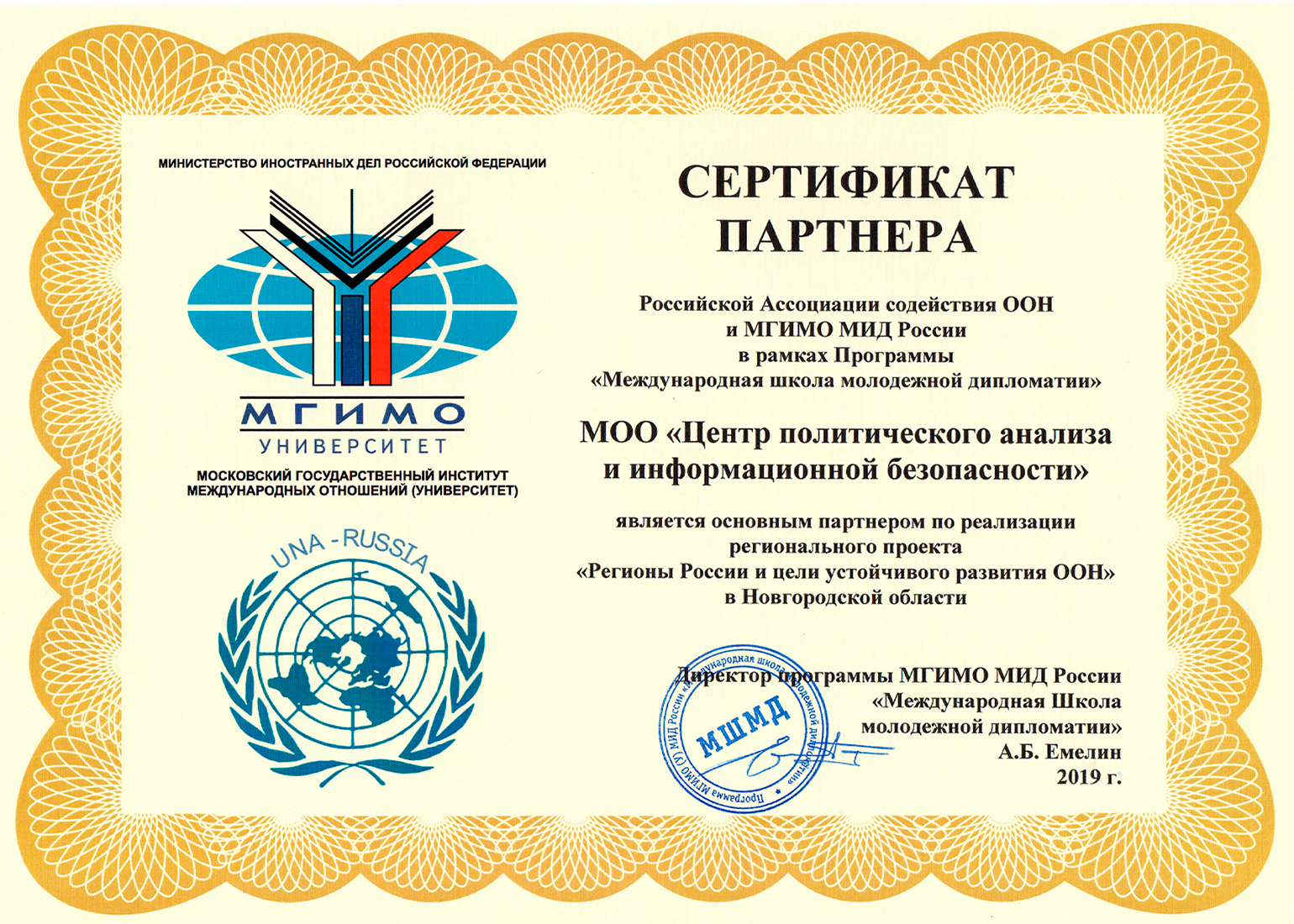 On 17 May 2019 an agreement on cooperation and interaction was signed between the International Center for Political Analysis and Information Security and the International School of Youth Diplomacy at MGIMO (University) at the Russian Ministry of Foreign Affairs.
The International School of Youth Diplomacy has been working since 2008 and offers students starting from the 8th grade a career guidance program in the world politics and international relations.
The work of the School is divided into several on-site training sessions, usually during school holidays, which make them convenient for non-resident students. Classes are held on the grounds of a specialized base located in the picturesque suburbs of Moscow and in the most important diplomatic capitals of the world: Vienna, Geneva, New York and Berlin.
To obtain a Certificate of the School, signed by the rector of MGIMO, it is necessary to attend 3 sessions:
The curriculum of the sessions is based on intensive lectures and consultations. Theoretical classes alternate with practical ones in the framework of international forums, parliamentary debates and role-playing games "Embassy", "Negotiations", "UN Assembly", etc. As part of the session, testing is carried out Trainees, developed by leading faculty members of MGIMO.
Students who have successfully completed the training course and shown good results during testing are issued the Certificate of MGIMO on graduation from the International School of Youth Diplomacy, signed by the rector of MGIMO (University) at the Ministry of Foreign Affairs of Russia.