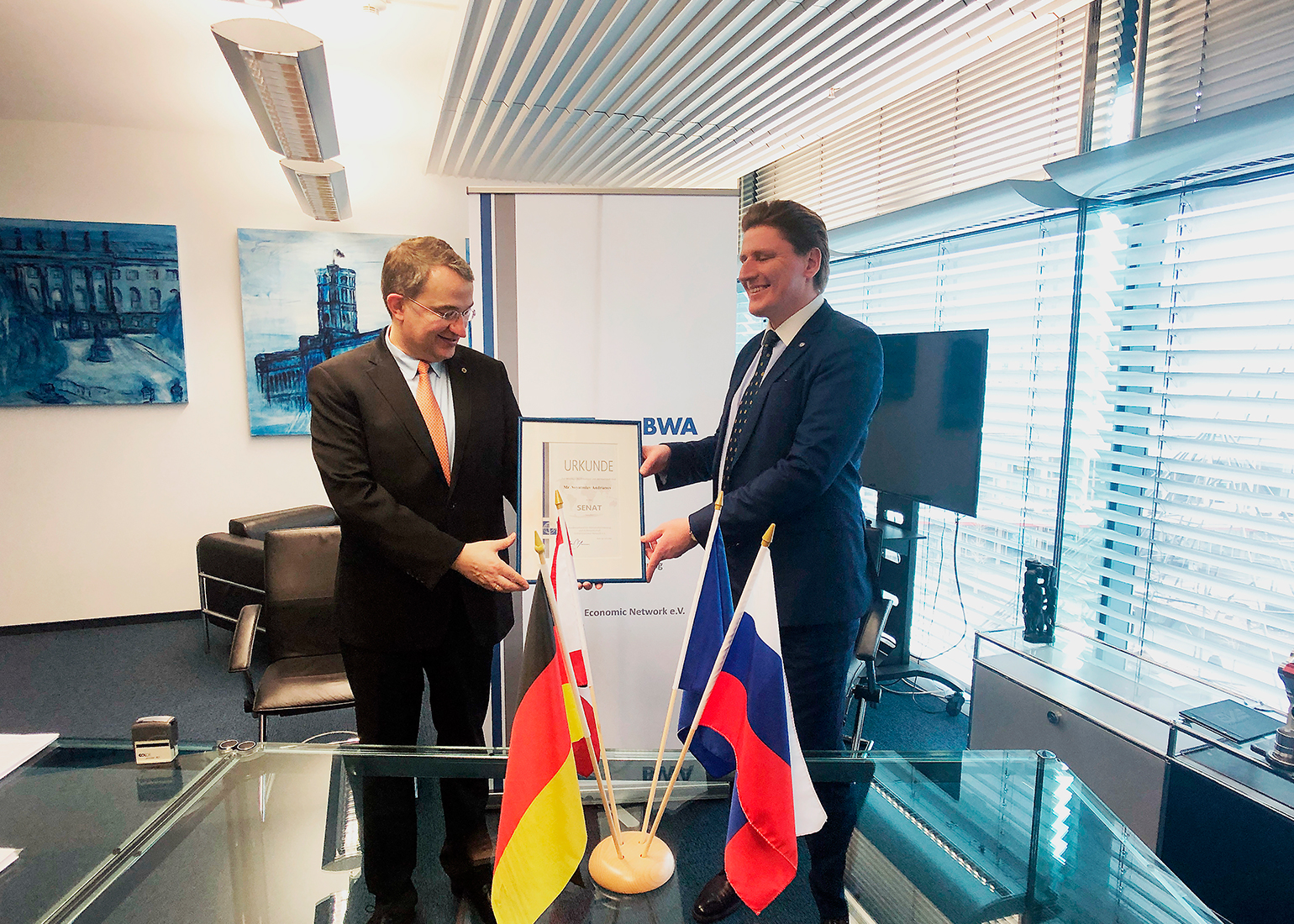 On 1 February 2021 at the Berlin headquarters of the German Federal Association for Economic Development and Foreign Trade (BWA) the Senator's diploma was presented to Svyatoslav Andrianov, the director of the Center for Political Analysis and Information Security.
In his welcoming speech, the Chairman of the Board of the Association, Mr. Michael Schumann, noted the importance of German-Russian economic relations, as well as the historical and spiritual affinity of the peoples of Russia and Germany.
The German Federal Association for Economic Development and Foreign Trade (BWA) is one of the largest associations of medium and large businesses in Germany with more than 1,500 companies involved, including: BMW, BOSCH, SIEMENS, BAYER, DR: OETKER and many others.
Members of the Bundestag, former and current statesmen comprise the management of the organization. The honorary president of the Association is the former Prime Minister of Germany Lothar de Meziere, a representative of a well-known aristocratic family of Europe, Eduard von Bismarck, is one of the founders.
The Association has the status of a consultant to the German federal government, and is also an official representative of UNCTAD - the UN Conference on Trade and Development, a body of the UN General Assembly.
The Association is represented in 80 countries, most of the embassies located in Berlin are members of the organization.