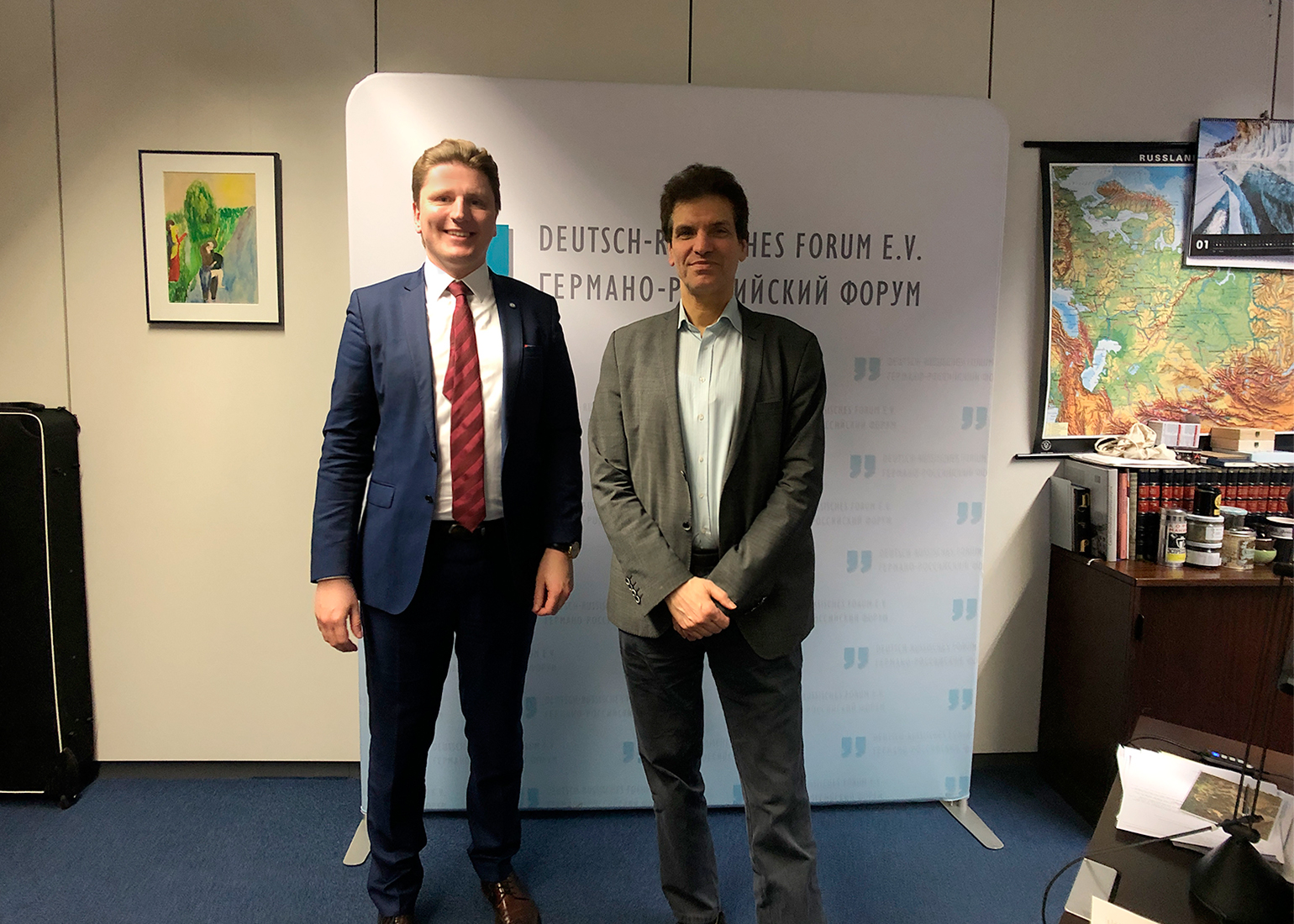 On 1 February 2021f the delegation of the Center for Political Analysis and Information Security had a business meeting with the Executive Director of the German-Russian Forum, Mr. Martin Hoffman, at the office of the German-Russian Forum in Berlin.
Director of the Center for Political Analysis and Information Security Svyatoslav Andrianov told about the upcoming in the autumn of 2021 International Conference Pandemic Economy: Strategy for Survival and Development, as well as about youth exchange projects that had been implemented by his Center.
Director of the Eurasian Communication Center Dr.Alexey Pilko presented the forthcoming VIII Eurasian Economic Congress, one of the sessions of which will be devoted to the development of international municipal cooperation.
Let us remember that the German-Russian Forum is a private, independent and non-partisan public organization, whose members are prominent representatives of politics, economics, science, culture and the media. The Forum was created in 1993 and is headquartered in Berlin, its activities are aimed at exclusively socially useful goals, the most important of which is the development of public dialogue between Germany and Russia.
We sincerely thank Mr. Hoffman for his expertise and openness for constructive cooperation!