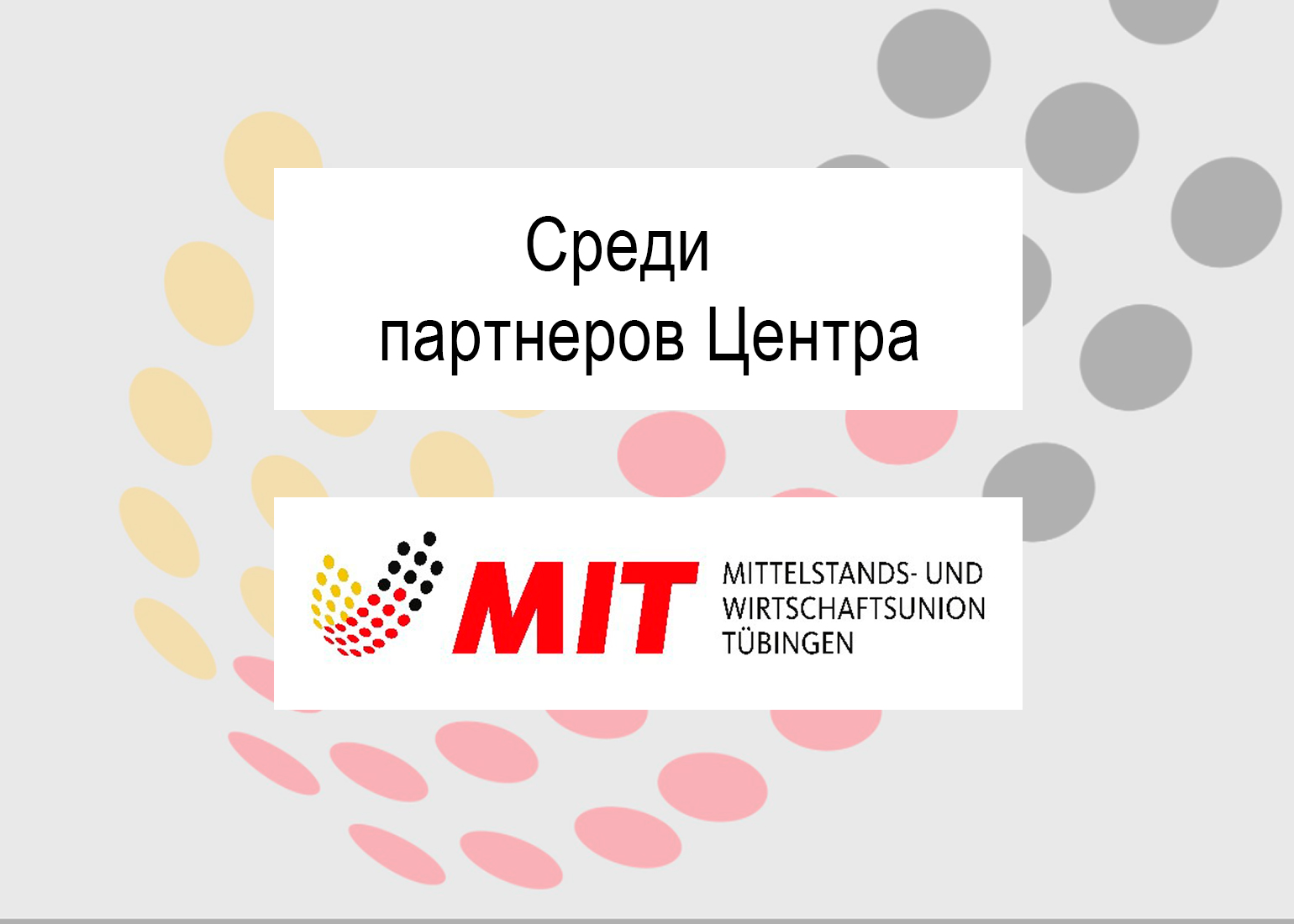 On 18 December 2020 an agreement on cooperation and interaction between the Center for Political Analysis and Information Security and the Union of Medium-sized Businesses and Industry of the district of Tübingen was signed.
The German Union for Medium-sized Businesses and Industry (MIT, until 27 September 2019 - the CDU Medium Business Association), which unites more than 24,000 members, belongs to one of the associations of the Christian Democratic Union (CDU) party and is traditionally the most influential one. The union upholds the principles of a social market economy based on initiative and personal responsibility, modeled on Ludwig Erhard, and also advocates a free economic and social order.
The Parliamentary Group for Medium-Sized Businesses in the CDU / CSU faction of the Bundestag has 161 deputies (as of June 2018), mostly of decision-making positions. This parliamentary group acts as a link between the CDU/CSU faction and medium-sized business associations such as the German Medium-Sized Businesses and Industry Union.
The branch of the Union in the district of Tübingen, together with the Association of Liberal Medium Business of Baden-Württemberg, are partners of the Center for Political Analysis and Information Security in the implementation of the project "Economic Dialogue Russia".
Read more about the first event of the project.